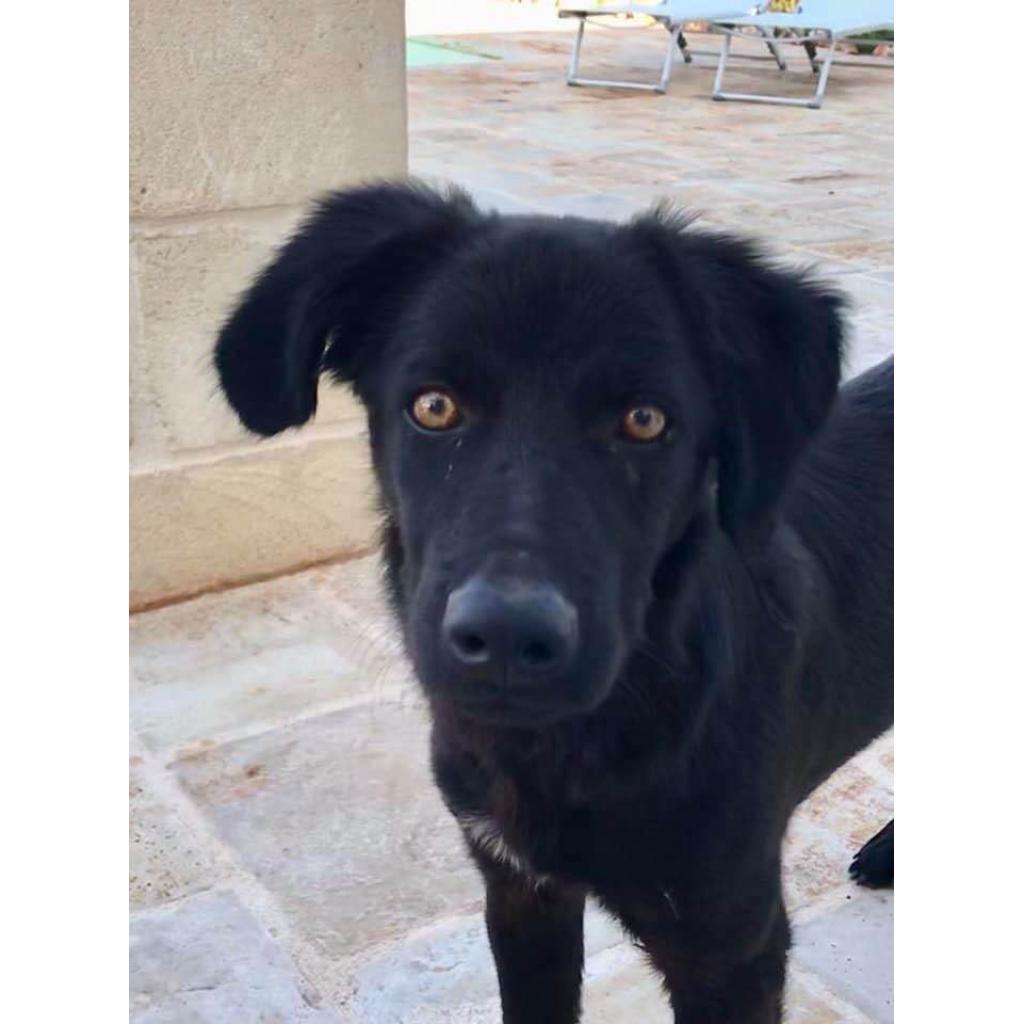 We pause at this point as here at Dog Colllar Boutique - this is just impossible to digest and comprehend.

. So how did we get to meet Fluffy and Why Fluffy?

Well Dog Collar Boutique was taking a short break to Puglia in southern Italy ( that's the heal bit / or hind leg of Italy) We settled ourselves in after a very early Ryan Air Flight. Tired, dazed, disorientated.

Something flashed by our window, it didnt register - the last thing we expected was to see a dog and a puppy dog at that. We thought nothing more as thought we were just tired.

We recharged by the pool, had a doze ( as you do )

But we did spot some overwhelming evidence The print of a Mammoth - not in southern Italy surely.

And  then we spotted by the other side of the gardens this beautiful boy staring back at us.